Deprecated: Methods with the same name as their class will not be constructors in a future version of PHP; Login has a deprecated constructor in /home/pbnsites/bookreviewuniversity.com/admin/kernel/api/login.class.php on line 12
 Book Review for University Students - History book review 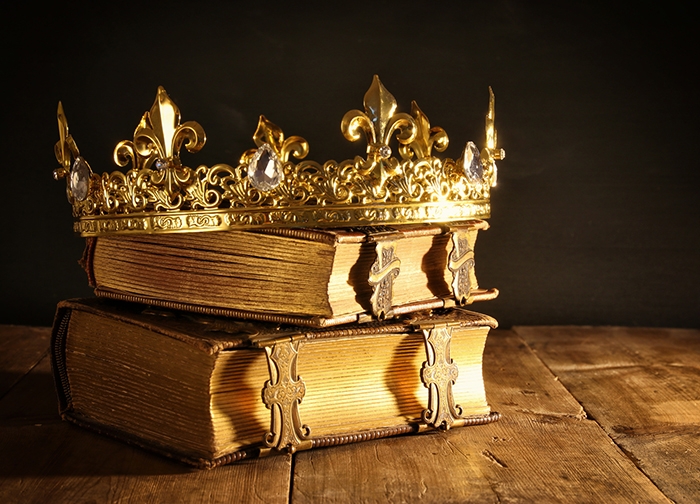 Edward Peters translates the primary writings of Fulcher of Chartres from Latin into English. Fulcher of Chartres was born around 1059 AD. He wrote chronicles of the First Crusade in Latin. Edward Peters translates these chronicles into English without altering the original content. The Chronicles of Fulcher of Chartres by Edward Peters is a primary document of the works of Fulcher in English. Fulcher was present at the Council of Clermont in 1095 during preaching of the First Crusade by Pope Urban II. He was a cleric in the Catholic Church and left Europe with an army belonging to Robert of Normandy, Robert of Flanders and Stephen of Blois. He was also a chaplain of King Baldwin of Jerusalem. The presence of Fulcher in all the expeditions, his close connection with French Princes and the king, and his ability to organize complex motives and experiences makes his chronicles perhaps the best primary source for the First Crusade. Edward Peters, a famous historian, exhibits a great expertise in giving a full translation of the chronicles.

The main objective of this essay is to prove the thesis statement that the First Crusade has not only affected the relations between the Muslims and the Christians but also fundamentally shaped the modern Western culture. It gives evidence from the primary source of the First Crusade, namely The Chronicles of Fulcher of Chartres by E. Peters. The essay also derives evidence from the modern Western civilization and relates it to the medieval Crusades.

Importance of the work in development of modern Western Culture

Fulcher gives an account of the eleventh century, when it was common for the Christians to go for pilgrimage to the Holy Land. He explains that increase in religious fervor and encouragement by the Church made the Christians go for pilgrimage. The Holy Sepulcher was one of the most holy places. It was situated in the Muslim-dominated kingdom. The Fatimid Kingdom was friendly to the Christians who visited the region. However, the Seljuk Turks were less tolerant. They even tormented and persecuted the Christians. These actions came to the attention of Pope Urban II. He called for the Council of Clermont to give a speech on energizing the church. Fulcher writes down the Pope’s speech addressing the need to assist Constantinople and free Jerusalem.

Many nobles and the general public responded to the Pope’s speech and united in an attempt to liberate the Christian Holy Land from the Muslims in the East. Fulcher reports that the titled knights and kings joined for their souls’ salvation in assisting the church. The landless knights joined for fame and liberation of the church. This act raised a lot of questions in the modern Western civilization about the motives of the Christians. The Muslims viewed it as an act of greed from the Christians in an attempt to grab their land and gold. The Christians, on the other hand, viewed this as an act of liberating their Holy Land from the Muslims. The Muslims argued that many joined not with an aim of liberation but rather to fit in the rigid feudal system and social structure, which required the great riches. Therefore, they argued that the poor took this as an opportunity to find riches in the faraway lands like Jerusalem, which had a rich history and a great fame.

Many armies joined the First Crusade to free the Holy Land. They consisted of people from different social backgrounds. The armies committed atrocities against the Jews on their way to the Muslim territories in the name of the Church. Fulcher reports that some Christians even murdered their fellows to reduce competition for the expected riches. Therefore, majority of the crusaders in the first wave did not make it to the halfway point. Some of them succumbed to diseases, while others lost their purpose or lacked money to fund their journey. Finally, the Christians made their way to the Byzantine capital, where other crusaders from Constantinople joined them. They attacked the Muslims in Antioch, Nicaea and other smaller cities. Many soldiers and horses were lost in the desert, which significantly weakened their army. The soldiers raped and stole from the Muslim villages. The food and money were received from Christian communities in Europe and Asia.

The Jerusalem siege began in 1099. Their victory in Jerusalem has also raised questions on their massacre in Jerusalem and has influenced modern perspectives and differences in the Western civilization. The crusaders with the help of the Franks led a siege in Jerusalem, which lasted forty days. They killed men, women and children during two days. They also murdered civilians in the region as they regarded this as the Pope’s directive. The Franks killed most of the noncombatants revenging for Christian massacre in the Church of the Holy Sepulcher by Muslims. They also killed all the defenders in the region, including people from different ethnicities and religions, such as Jews and other Christians. This act played a key role in influencing future western culture as it marked the beginning of the Holy War.

The accounts of the First Crusade presented in The Chronicles of Fulcher of Chartres show that it was militarily successful in meeting the objectives of Pope Urban to liberate the Holy City from Muslims. The Frankish invasion was the most successful siege since the Muslim Caliphs were unprepared due to the religious infighting. It shaped the Western culture as the Muslims viewed it as a formal declaration of war between the Muslims and the Christians. It is evident in the current Western countries, especially the United States of America. Different terrorist bombings associated with Muslim terrorist groups, such as the Al Khaeda, show that the war is still in place. American declaration of the war against terrorism in Iraq and Afghanistan after the September 11 attacks shows that the Crusade has gone a long way in influencing Western culture.

Despite religious differences, the Crusade had other influences on the relations between the Christians and the Muslims. It opened the trade routes between the East and Europe. The European knights, who fought in the war, settled in the East. The Catholic Church also asserted its Christians of uncooperative nobility. Fulcher reports that the Crusade helped in increasing the influence of the Catholic Church as a unifying force at that time (Peters 34). The war had a religious mission, according to the clerics and Christians. This shaped future western attitudes toward religion as a discipline. Moreover, it presented the idea of religious warriors and the concept of chivalric ethos. The primary source of the records about the First Crusade translated by Edward Peters gives reliable information about the war without bias in a familiar language. It also assists the reader in comprehensive reading the historical accounts.

This essay proves the thesis that the First Crusade has not only affected the relations between the Muslims and the Christians but also fundamentally shaped the modern Western culture. The Crusade, as stated in The Chronicles of Fulcher of Chartres, contributes in the current negative attitudes towards the Pan-Arab region and the Americans (the West). The negative perceptions and attitudes have adverse impacts on the Western and American economic policy, foreign policy, military actions and modern Western culture in general. The primary source presents information about the First Crusade, the motives and perceptions of different leaders, knights, the Christians and the Muslims. It gives the original account of the situation, which further influenced other Crusades and the Western civilization in general.

Peters, Edward. The First Crusade: "The Chronicle of Fulcher of Chartres" and Other Source Materials (The Middle Ages Series). 2nd ed. University of Pennsylvania Press, 2011. Print.